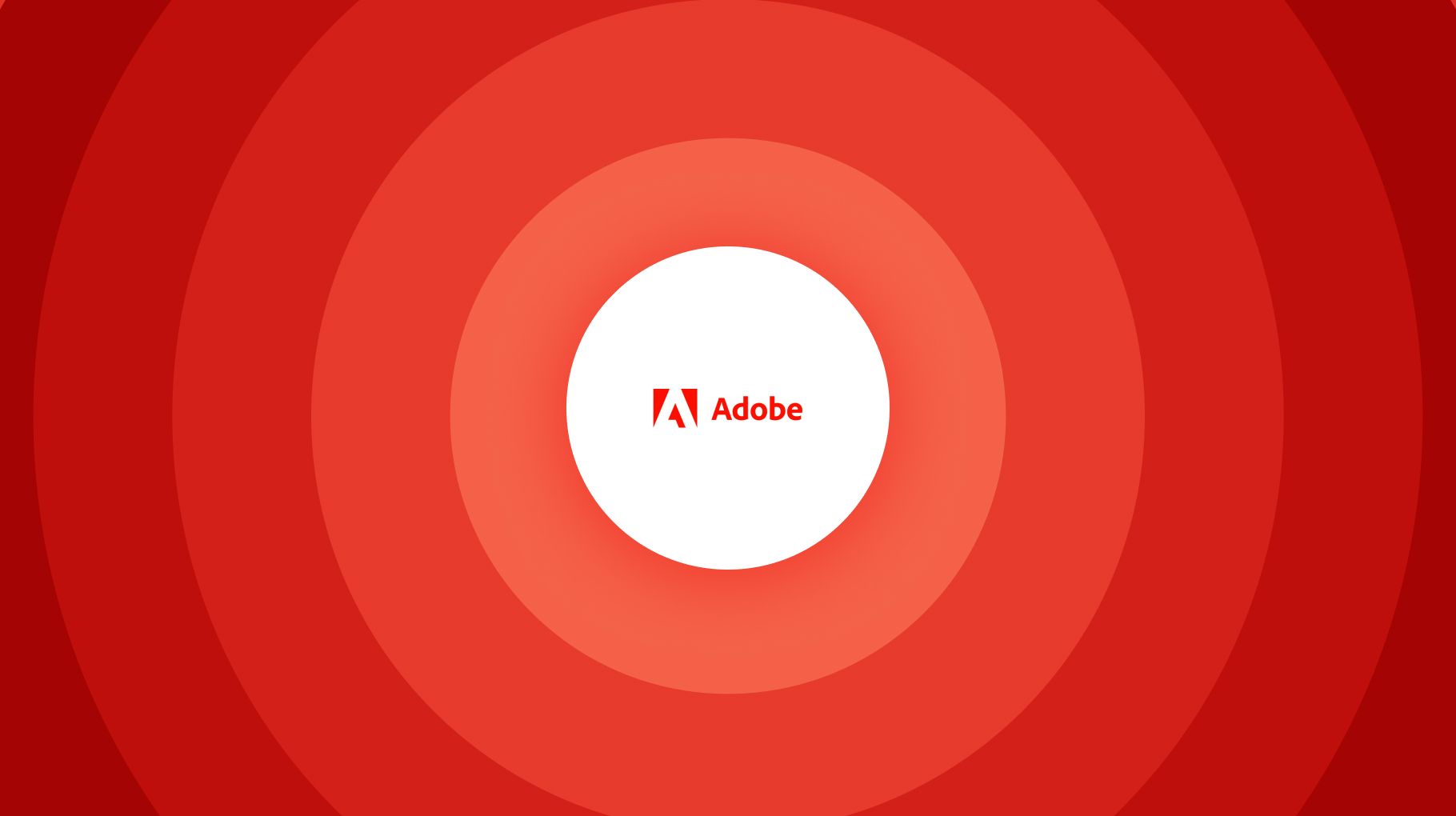 Have a look at an overview of Adobe as a a company. At a glance:

What is Adobe’s revenue?

Ever since 2005, Adobe's revenue was always situated in the billions.

With each new year after 2005, Adobe's revenue grows by at least $1 million.

What is Adobe’s market cap? (Valuation)

Adobe’s market capitalization for 2022 decreased by over -41.57% in year-over-year growth.

Speculations say that this large fall in market capitalization has something to do with the company’s most recent acquisition of Figma, a rival company that can stand toe to toe with Adobe’s Experience Design product.

The acquisition happened last September 15, 2022, for the price of a whopping $20 billion.

How much is Adobe worth?

What is Adobe’s market share in the software industry?

According to an estimation based on the global market revenue of the software industry, Adobe has a market share of 1.14% in 2022.

Apple and Microsoft are still dominating the software industry with 26.20% and 13.49% market shares respectively.

How does Adobe make money?

The Digital Media segment contributes the largest revenue with their Creative Cloud hauling in $10.46 billion alone for 2022.

Adobe had only 1 funding round on October 1, 1984. The company had raised a total of $2.5 million for a venture round with Apple as the lead investor.

Adobe has made a total of 26 investments through the years and became led investors on 6 of 7 of them. Let’s have a look on their most recent investments.

Adobe has made a total of 59 acquisitions. Their most recent acquisition was on September 15, 2022, when they bought ought Figma for $20 billion.

Let’s take a look at their most recent acquisitions and how much some of them cost.

Who are Adobe’s largest partners?

Adobe has a 4,200-strong network of partners. Some of their largest partners are:

How many people work at Adobe?

Adobe has 35,130 employees currently working for them as of December 2022.

This information comes from the company’s LinkedIn profile.

How many people use Adobe?

As of December 2022, there are no valid and reliable data about the overall population of Adobe users across all of their products in all segments. However, there is data on the total number of Adobe Creative Cloud paying subscribers.

In this section, we can take a look at how many people visits Adobe’s website, whether they are existing subscribers or potential customers, we can’t know that for sure but it is interesting to take a look at this data.

How many people visit adobe.com?

As of December 2022, an average of 241.1 million people visit adobe.com per month. This number is an estimation based on the web traffic going in and out of adobe.com

Although this data is an estimation based on the web traffic, we can still assume that 43.65% are females who are either existing Adobe user or just curious to know about Adobe products.

There is only a small gap between the gender distribution of male and female Adobe website visitors.

Which countries is adobe.com most popular in?

Although we cannot say with certainty that all of these visitors would be considered users, we can still surmise that a large population of Adobe users comes from the United States.

How many paid subscriptions does Adobe Creative Cloud have?

Furthermore, the numbers from 2016 to 2021 are estimations by various sources. As of 2021, there were 26 million distinctive paid subscriptions for Adobe Creative Cloud.

What are the top industries using Adobe Cloud Creative?

According to an estimation by Enlyft, Adobe Cloud Creative products are mainly used by companies in the marketing and advertising industry. Following closely are companies in the information technology & services industry.

It should also be noted that this data is estimated with more than 60,000 companies as Enlyft’s sample.

For example, Adobe Photoshop is considered to be the best photo editor in the market, and Adobe Illustrator as the best one for vector graphics.

What is Behance by Adobe?

Acquired by Adobe Systems for $150 million in 2012, Behance is Adobe’s social media platform that mainly focuses on showcasing and discovering creative work.

This social media platform displays works that are created through Adobe’s products. The platform also sells tutorials and other services through subscriptions.

Aside from that Behance also provides access to creative job seekers that are experienced in using Adobe products. Furthermore, here are some interesting facts.

How many community members are there in Behance?

How many products does Adobe have?

Each segment has their own major categories which in turn have their own subcategories or “packages”, in this way, customers can choose the best software or apps that will satisfy their needs. As of December 2022, there are a total of 56 products being offered by Adobe.

What are the best applications in Adobe?

With 56 products in Adobe, customers have a wide variety of options to choose from. A lot of these products can form combos with other products to give the best satisfaction that the customers seek.

Now, let’s have a look at a simple list of the best applications in Adobe (listed not in any particular order).

What is Adobe Digital Media?

Adobe Digital Media is a segment by Adobe where Creative Cloud products and Document Cloud software are categorized.

This segment contributes the largest revenue with $12.84 billion in 2022. Some of the products that belong in this segment are:

How much is Adobe Creative Cloud’s subscription?

Plans and pricing for Adobe Creative Cloud vary per customer type. Interested customers can also choose whether to avail the entire package or just choose specific software or apps.

As of December 2022, Adobe has 4 types of pricing per customer. These are:

How many PDFs were viewed with Adobe products?

More than 400 billion PDFs were opened in Adobe products in 2021.

How many signature transactions are processed through Adobe Document Cloud?

How many assets are there in Adobe Stock?

As of December 2022, Adobe Stock offers more than 320 million assets in Adobe Stock.

In 2022, Adobe also noted that Adobe Stock has,

What are the most noteworthy films edited with Adobe Premiere Pro?

With these many features, Adobe Premiere Pro has been used for big-time films. Below is a simple list of some of these films.

How many times was Adobe Scan downloaded?

Adobe Scan has been downloaded 150 million times in 2022 an increase of 40 million downloads compared to 2021.

How many documents were created through Adobe Scan?

There were 2.5 billion documents created through Adobe Scan.

The table below is the key info and key stat for Adobe Scan on Android as of December 2022.

The table below is the key info and key stat for Adobe Scan on iOS as of December 2022.

What is Adobe Digital Experience?

Adobe Digital Experience is a segment by Adobe where products from Adobe Experience Cloud reside - a collection of integrated online web and marketing analytics products where users are able to manage the sales, marketing, and support facets of their customer engagement strategies.

Although not as popular as its counterpart, Adobe Digital Experience still contributed  $4.42 billion to Adobe’s revenue.

Some of the products that belong in this category are:

How many transactions does Adobe Experience Cloud process every year?

How many developers are in Adobe Experience Cloud?

How many mobile apps does Adobe have?

According to Sensor Tower, Adobe has a total of 350 mobile apps. This can be divided into 222 iOS apps and 128 Android apps. This number includes tools and other add-ons for specific Adobe products as well as both active and inactive Adobe mobile apps. As for the active apps, we have no definite information on that.

How many times were Adobe Creative Cloud mobile apps downloaded?

The entire Adobe Creative Cloud mobile application ecosystem has been downloaded 376 million times in 2020. Adobe stopped revealing the number of downloads in 2020.

Where is Adobe available (in which countries)?

However, the billing location must match the user’s country residence, where he or she currently resides.

Also, for Creative Cloud products, there are some countries where specific plans are not available. For example, only Creative Cloud for Teams and Enterprise are available in Tanzania and Togo.

This section provides detailed information on Adobe Inc.’s financials. The set of data were take from Google Finance, from the company’s operating expenses through the years to its most recent cash flows.Source: Google Finance

How much time do people spend on Adobe’s website?