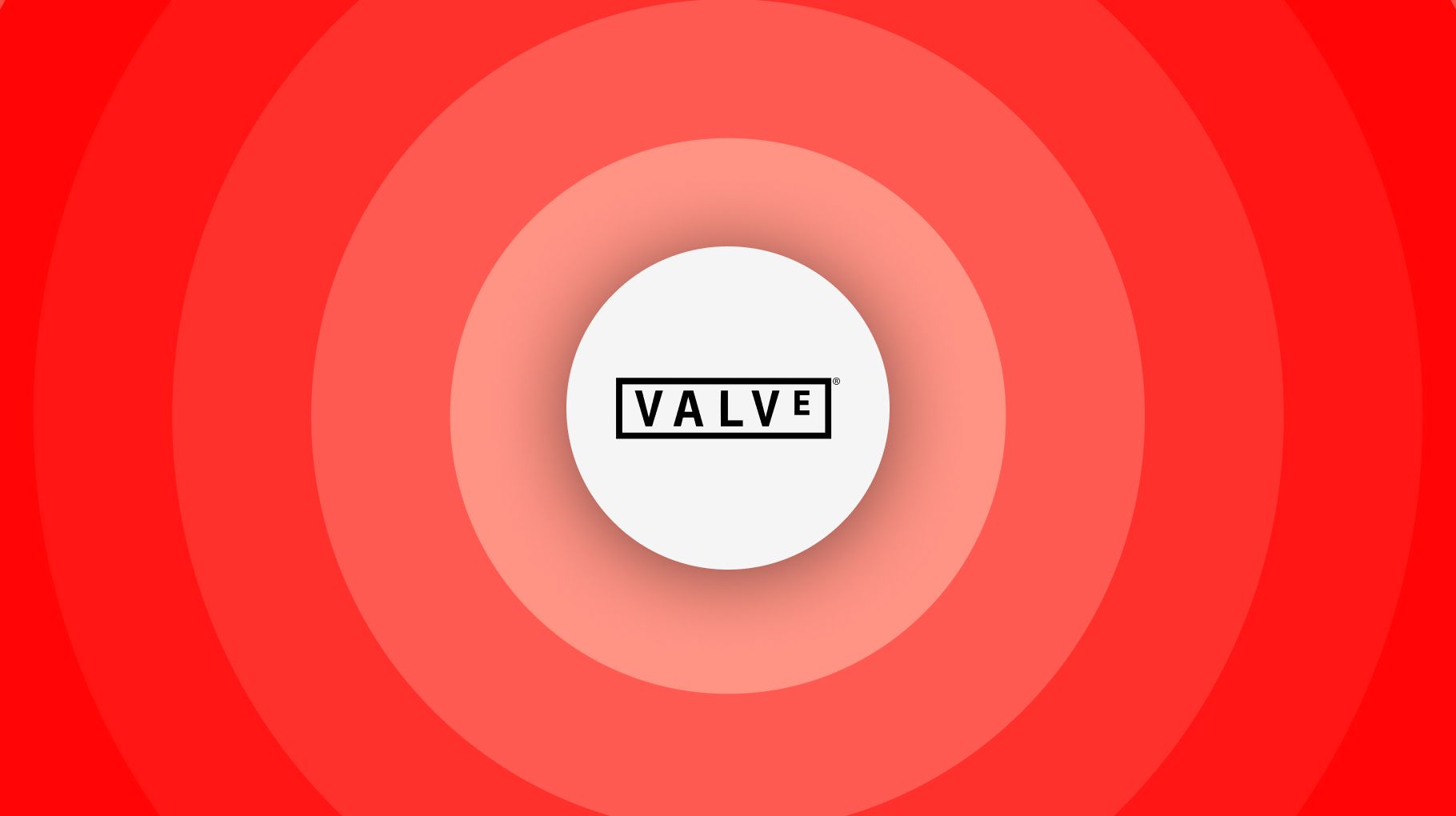 Let's take a look at Valve as a company. Below is some interesting data!

How much is Valve NET worth? (Valuation)

Valve is worth $7.7 billion in 2022, according to a recent Bloomberg forecast.

However, putting that in contrast with Valve’s revenue… the $7.7 billion figure is probably an understatement.

Valve is a privately held company, so its valuation is unknown to the general public. Valve's valuation was last disclosed to the public in 2017 when it was estimated to be $99 million.

But that seems like an understatement too. That’s just the nature of privately-held companies that do not have any plans to be acquired or to go public anytime soon.

Valve Software has acquired 2 organizations. Their most recent acquisition was Campo Santo on Apr 22, 2018.

Ever since its existence, valve has acquired only two companies, in 2018 and 2017: Campo Santo and Impulsonic.

eMagin is the only company in which Valve has invested so far.

Valve generated around USD13 billion in total revenue in 2022.

With each new year at Valve, revenue goes higher by at least a couple hundred thousand dollars.

Valve's revenue in 2021 reached $13 billion, which is slightly higher than last year's amount.

Valve has generated about USD10 billion from the Steam store.

Looking in the past, we can see how the Steam Marketplace's revenue for Valve had skyrocketed in 2020, most likely because of the COVID-19 pandemic.

With everybody being locked in their homes, Steam games became the thing for most teens, and so, more games and accessories must've been acquired.

That should explain why Valve's revenue through Steam went up by so much in 2020 and went even higher in 2021.

What products are offered by Valve?

What video games are owned by Valve?

The games listed below were created and are owned exclusively by Valve. The STEAM store is where you can find Valve games.

Most of Valve's games represent a lot of people's childhoods. In fact, you must've heard of (if not played) some of the games on the list above.

How many games are there on steam?

The number of Steam games saw a huge expansion ever since 2014.

How many unique registered Steam players are there as of December 2022?

According to some projections, Steam could reach more than 1 billion unique registered players by 2022.

At the end of the day, everybody knows at least one person who is on Steam or plays a game that's on Steam, which really shows the popularity of the app.

How many game developers are there on Steam Games Store 2022?

The number of developers on Steam is around 44,000. However, the majority of these developers have never had more than one game produced.

Actually, just 1 game has been created by 75% of Steam's developers.

What is the peak number of Steam concurrent users?

In September 2021, Steam reached a record peak of over 26.09 million concurrent users.

The number of Steam concurrent users goes up with each new year, covering at least 1 million new users yearly.

What are the most popular games on Steam? (Valve)

The most played valve-owned game on steam as of December 2022 was Counter-Strike: Global Offensive. The multiplayer shooter game has attracted an impressive 618,000 concurrent players on average per week.

Besides, Counter-Strike was already popular before CS:GO came out, and this meant that CS:GO already had a base audience thanks to the previous games.

After CS:GO, Dota 2 is an all-time second most popular game on Steam.

What is the number of video game units sold on Steam?

The highest amount of games that Steam sold was in 2021, with 439 million game units sold on Steam.

How many game downloads are there on the Steam store?

The estimated number of games downloaded through Steam over time is given below.

How many copies of top selling 20 games are sold on Steam?

The game sold as many times as to generate Steam's highest revenue off of a game is Call Of Duty: Modern Warfare II. With 12.68 million copies sold and priced at $69.99, Steam made $887 million off of this game.

At the end of the day, it seems that no other game has ever sold as good as COD: MW2 on Steam, which makes it set the record.

What is the Playtime duration of the top 20 selling games on Steam?

The best-selling game on Steam is Call of Duty: Modern Warfare II, with an average playtime of 33 hours and 18 minutes.

How many monthly active users are there on Steam? (MAU)

The MAU is expected to reach 200 million monthly active users in 2022.

The number of monthly active users on Steam was pretty constant in 2020 and 2021, but the expectation for 2022 is way higher than the previous years.

What is the average number of daily active players on Steam? (DAP)

About 75 million players logged in to the Steam platform each day in 2022.

Steam has a lot of players that log in every day to play their favourite games.

With each new year, there are more new players that start using Steam to play games on a daily basis.

How long were games played on Steam? (Playtime over the years)

Looking at the past few years, you can see how the playtime hours on Steam keep on going up.

With every new year at Steam, there are over 10 million new hours being played.

How many remote players are on Steam?

What games on Steam are Platinum, Gold, Silver, and Bronze?

The most played game lists are organized by counting peak concurrent players and divided into player thresholds.

When creating these lists, this is computed using data from January to December of each year. At random, games are rated into the following categories:

What is the most popular operating system among Steam users?

Steam gamers’ most frequently used Operating System was Windows, with 95.44% of OS used by players on the Steam platform.

Only 0.57% of Steam's users are on Mac OS. Over 95% of them are using Windows-powered computers.

The last 3.99% of Steam's users are playing games on other types of operating systems, such as Linux OS.

What is the share of Valve (Steam) in the computer video game market?

Approximately 75% of the global video game market is currently owned by Steam, the most popular video game distribution platform.

In 2021, the global games industry grew by 7.6% and Steam saw an 11% growth in its market share to outpace the competitors in the industry.

In the last three years, the Steam PC market share has grown by 74%. That equates to a 20% annual growth rate.

The year 2020 was an exceptional year for Steam Games, with COVID causing a 31% increase in growth in its market share.

How many Steam Decks have been shipped since it was launched by Valve?

As of December 2022, Valve has shipped more than 2 million of its steam decks since its launched by Valve in February 2022.

Analysis of Steam Decks shipment in the past 10 months

With every hour that goes by, there are at least 34 Steam Decks shipments.

That makes 2,083 Steam Decks being shipped with each new day.

The largest age group of visitors is 25 - 34-year-olds

Not far away from the 25-34 age group is the 15-24 age group for Steam's users, with the largest audience being of younger age.

At the end of the day, it's teenagers that spend most time playing computer games compared to the rest of the age brackets.

As of July 2022, an estimated 34.6 percent of Steam gaming platform users worldwide used English as their primary language.

Simplified Chinese was the second most common language, spoken by 24.5 percent of users on Steam/Valve.

The majority of visitors to ValveSoftware.com are from the United States, followed by visitors from Russia.

No country is topping valve's list of users by country. Valve is popular all around the world, which makes the "Others" section in the table to be the most popular.

Though, at the end of the day, the United States has the largest percentage of users, with 14.72% of the total Steam users.

Followed by which, there are the Russian gamers that are not far away from the US. Russia has 11.56% of the total users on Steam.

How many people work at Valve?

How many office locations does Valve have?

Valve also runs Steam, an entertainment platform that allows millions of gamers to play online at the same time.

What is the Valve founder’s net worth?

His net worth has remained unknown to the public.

After the success of the first Valve product, Half-Life (1998), Harrington left Valve in 2000.

How much do game developers on steam get from Valve?

Currently, revenue for Steam games is split 70/30 between the developer and Valve res. But from now on, Valve will only take a 25% cut of any earnings over and above $10 million, and only 20% of earnings beyond $50 million.

How does Valve Make Money?

Valve makes money by charging a fee for game space on its Steam store. Valve receives a cut for every game purchased on Steam because they act as the medium through which the game is sold.

Valve receives 25% to 30% of the money you pay for games on Steam. And that is how they make money; it has nothing to do with sales.

How many mobile app downloads does Steam have?

The Steam mobile app has been downloaded by over 50 million Android users. While Apple iOS users received 1000+ steam downloads.

What devices are used to access the Steam platform by users?

The Steam platform is almost at a perfect 50/50 split between desktop and mobile users.

Though, the table below shows you that the Steam platform is accessed a bit more on mobile devices rather than on desktops.

How much time do users spend on Steam on average?

Users spend an average of 3 minutes and 38 seconds on Steam.

Valve Software is known for its creation of widely popular shooter titles such as Half-Life, Left 4 Dead, and Counter-Strike. With the release of DOTA 2, the company dipped into the MOBA genre as well.

Valve Corporation is an American video game developer, publisher, and digital distribution company headquartered in Bellevue, Washington. It is the developer of the software distribution platform Steam and the Half-Life, Counter-Strike, Portal, Day of Defeat, Team Fortress, Left 4 Dead, and Dota 2 games.