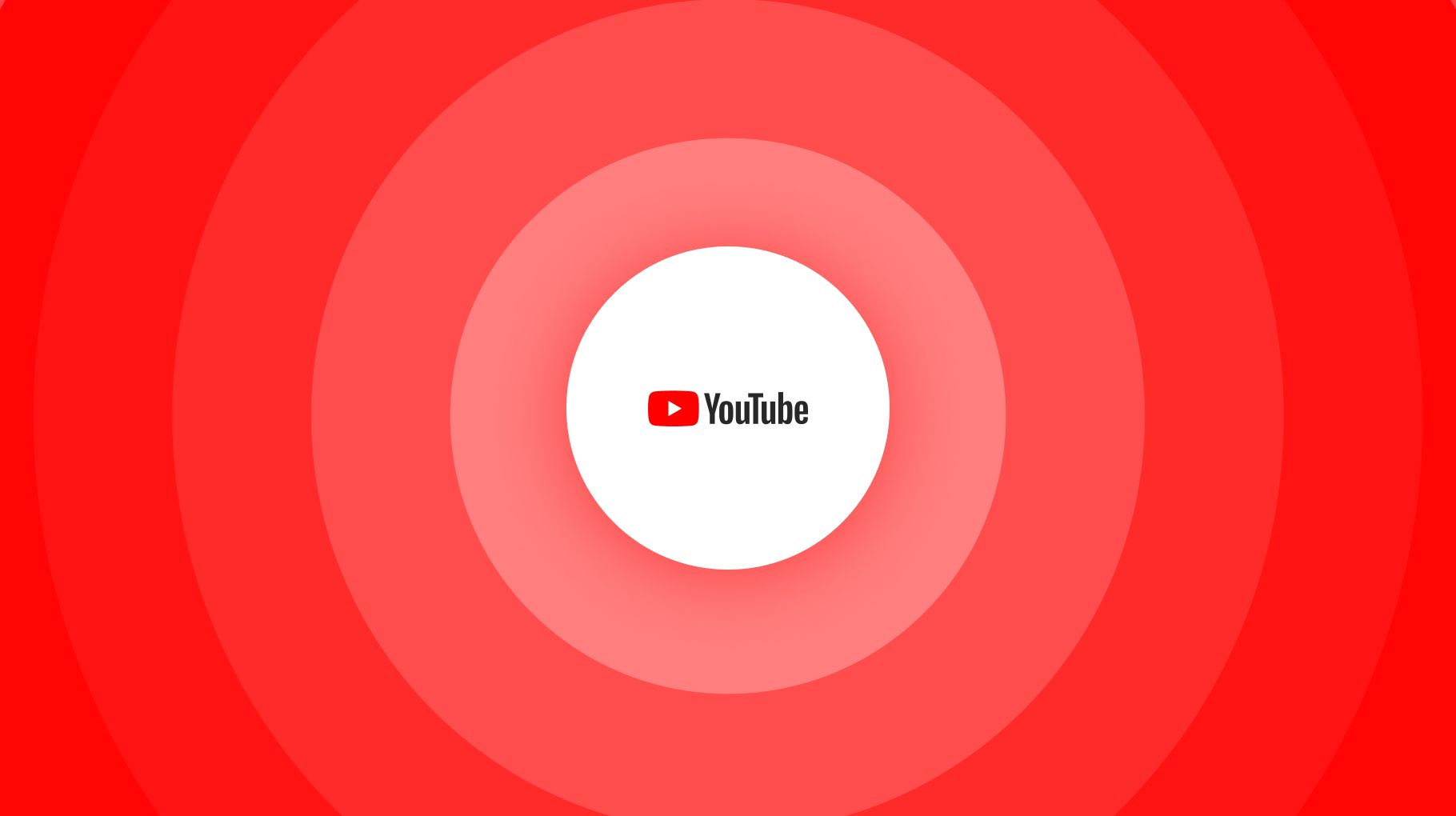 Here is some key data and information that you should know about YouTube.

As of 2022, there are approximately 2.6 billion accounts in the YouTube database.

The accounts span the years 2010 to 2022 and include active, inactive, suspended, and restricted users.

With each new year, YouTube sees significant growth in the number of total user son the platform.

Withe every new year, there are at least 100,000 new accounts made on YouTube.

The table below shows the number of yearly active YouTube users worldwide, as well as in the US, UK, and other countries.

The YouTube user base is anticipated to exceed 1.1 billion people and achieve a new peak in 2028 after six years of continuous growth.

Notably, over the past few years, YouTube user numbers have been steadily rising.

YouTube TV was launched in 2017, and as of today, there are over 5 million subscribers on the service.

Only two years after its launch, YouTube TV reached the milestone of 1 million subscribers

With each new year after 2020, there have been at least 20 millon new paid users for YouTube Premium worldwide.

The YouTube mobile app had 866 million monthly active users (MAU) on iPhone and iPad combined as of the fourth quarter of 2021.

Comparatively, the total number of monthly active YouTube users on the Android app was at 23.76 million.

How much time on average do users spend on YouTube per visit?

Globally, YouTube users visit YouTube.com on average once every 1777 seconds (29 minutes and 37 seconds).

Every time they visit, users on average watch YouTube videos for around 30 minutes. If users log onto YouTube once each day, this amounts to around 15 hours per month and 182 hours, 30 minutes a year.

On average, YouTube users spend 30 minutes watching videos, podcasts, listening to music and so on every day.

How many videos on average do users view on YouTube per visit?

As of December 2022, the average YouTube user watches nine (9) videos on each visit.

If the average YouTube user logs in every day, they will watch approximately 270 videos per month and 3,240 videos per year.

According to a report, the average length of a YouTube video uploaded in 2022 was 11.7 minutes.

How many hours of videos are uploaded to YouTube?

The age group with the largest traffic to the site as of 2022 is 25 to 34 years old, accounting for nearly 30.14% of all YouTube users worldwide.

Approximately 59.50% of users are male, according to gender distribution.

Looking at this data, we can safely say that YouTube's ratio of female and male users is pretty balanced, being close to a perfect 50/50 split.

The majority of YouTube visitors are between the ages of 25 and 34.

YouTube's second most popular age bracket is the 15-24 group, with almost 26% of the total YT users.

As of April 2022, India was the country with the largest YouTube audience by far, with approximately 467 million users engaging with the popular social video platform.

The United Kingdom saw around 57.6 million internet users engaging with the platform in the examined period.

What is the number of channel subscribers?

In 2022, there were more than 90 million YouTube channels with a subscriber or more.

With 233 million subscribers, T-Series is the most subscribed YouTube channel in 2022.

Currently, T-Series is #1 channel in terms of subscribers, with 220M+ subscribers at the end of 2022.

Click here to see the current subscriber count of T-Series, and have a look here:

Over time, there have been more YouTube video uploads. On average, 50,000 videos are presently posted to YouTube every minute. This is a reference to the rate at which vloggers are creating channels on the YouTube platform.

More than 800 million videos will be available on the YouTube platform in 2022.

Pinkfong, a Korean education brand, released their video "Baby Shark Dance" on June 17, 2016, and the rest is history.

On YouTube, "Baby Shark Dance" has 11.34 billion lifetime views. After snatching the title of the most viewed YouTube video of all time from the previous record holder "Despacito" one year before, Baby Shark Dance became the first to surpass 10 billion views in January 2021.

The current record holder in terms of total views is "Baby Shark Dance," but Korean artist Psy's "Gangnam Style" video held the top spot for the longest time (1,689 days or 4.6 years) before giving way to its successor.

The top 10 YouTube videos with the most views in 2022 are shown below.

According to a sample survey across five countries, the majority of users visit YouTube with their mobile phones.

How many hours of videos are there on YouTube?

YouTube videos are 15 minutes long on average. In 2022, there were more than 800 million videos available on the YouTube platform. Consequently, we may estimate that there are more than 200 million hours of video on YouTube at a minimum.

Since the launch of the YouTube app, the Android version has been downloaded more than 10 billion times.

Additionally, YouTube has established tools like Super Chat, channel memberships, and merchandise to assist eligible Creators in making money in a variety of additional ways.

How much does YouTube charge for its advertisement services?

The standard YouTube advertisement is assessed by cost per view (CPV). Your total YouTube viewer count will be increased by the views you generate, which typically costs between $0.010 and $0.030 for each view.

How much does YouTube charge for its premium services?

For as little as $11.99 a month, YouTube Premium delivers useful extras like an ad-free environment and offline watching on mobile devices.

According to a report, the average YouTube channel may earn about $18 for every 1,000 ad views. However, on some basis, the number of views you receive may not directly translate into exact money made.

How Much Does YouTube Pay You for 1 Million Views?

This means that for every million views on YouTube videos, the estimated earnings range from  $18,000 to $20,000. When a channel is widespread and significant, it is improbable that CPM would drop in ad revenue.

The estimated YouTube earnings are shown in the table below.

How many subscribers should I have on YouTube to make money?

Creators need to have at least 1,000 followers and 4,000 view hours in the last year in order to start making money straight from YouTube. When they achieve that point, they can apply for the YouTube Partner Program, which enables them to begin making money from their channels through advertisements, subscriptions, and channel memberships.

How many watch hours are required to monetize a YouTube video?

You must watch 4,000 hours of YouTube content over the course of a year in order to monetize it. The only views that count toward fulfilling YouTube's revenue eligibility requirements are views of regular, long-form videos.

According to a recent YouTube announcement, Shorts video creators who reach 10 million shorts views in 90 days will be eligible to apply for compensation through YouTube's Partner Program from the beginning of 2023. The creators will receive 45 percent of the revenue from the advertisements that appear in between Shorts videos.

How many YouTube views are needed to earn money?

According to estimates, content creators average between 56 to 60 YouTube video views until they can earn $1 when monetizing.

YouTube's worldwide advertising revenues were 7.07 billion US dollars in the third quarter of 2022, a 2% year-over-year decrease.

While the owned online video platform does not generate as much revenue as Google's key segment Search, it is still a significant revenue generator for parent company Alphabet.

YouTube has raised a total of $4.3 million in funding over 2 rounds. Their latest funding was raised on march 30, 2006, from a Venture - Series Unknown round.

YouTube is funded by 2 investors. Sequoia Capital and Artis Ventures (AV) are the most recent investors.

YouTube has acquired 5 organizations. Their most recent acquisition was simsim on Dec 7, 2021. They acquired simsim for $100 million.

You can earn money on YouTube by utilizing the following features:

According to estimations, a popular YouTuber can earn up to $5 for every 1,000 video views.

Mr. Beast (Jimmy Donaldson) was estimated to be the top-earning YouTuber in the world, with earnings of approximately 54 million US dollars.

The first YouTube video was uploaded 17 years ago, on April 23, 2005. YouTube's founders wanted to make it simple for people to upload and share videos all over the world.

Jawed Karim, the co-founder of YouTube, uploaded the 18-second video titled "Me at the Zoo." It has since received more than 90 million views. Chad Hurley, Steve Chen, and Jawed Karim had the idea to create a platform where people could share their wonderful experiences via online videos.

The trio was all early employees of PayPal, which enriched them after the company was purchased by eBay.

What is YouTube's market share in the online video-sharing platform industry?

YouTube commands about 76% of the market for online video-sharing platforms.

YouTube is accessible in more than 91 countries and offers 80 distinct language options.

As of September 2012, China, Iran, and Turkmenistan were among the nations with permanent nationwide YouTube bans.

The first-ever YouTube video was uploaded on April 23, 2005, 17 years ago. YouTube co-founder Jawed Karim posted the 18-second video titled "Me at the zoo." It has since garnered over 90 million views.