Sections
Home
Blog
eSignatures
What is an implied contract?

What is an implied contract? 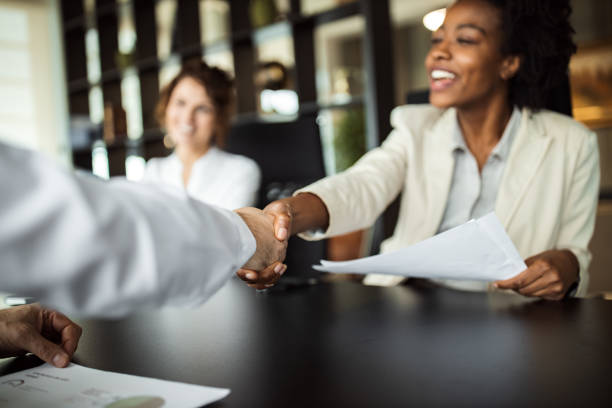 Business is full of interactions and transactions. While formal written transactions are the skeleton of agreements and deals, implied contracts are also created every day – and only a few of them will ever make it into a written contract.

At SignHouse, we’re all about helping you make the most of your contracts, so let’s clarify what an implied contract is (and isn’t), and when it might need to be formalized into a written contract.

What is an implied contract?

An implied contract, or unwritten contract, is an agreement made through actions rather than the spoken or written word. The circumstances surrounding those actions have to make it clear that they constitute an agreement. It doesn’t have to be verbal or signed off with a signature, like a formal contract. but it’s still legally enforceable. Despite this, implied contracts are often harder to enforce as there’s often only circumstantial evidence that one existed at all.

An example of an implied contract is the expectation that a purchased item will work as intended or advertised. For example, if you go to the store for milk, there is an expectation on both sides. The store expects that you will pay the listed price for the milk; you expect that the milk will be fresh.

You may think, “That’s silly! Buying milk isn’t entering a contract!” Sure, it’s not as complex as typical business or legal ventures, but it’s still an equal exchange of value and an unspoken agreement between both parties.

If you buy spoiled milk, you’re not going to sue the store for breach of contract. But there’s still the expectation that you can return the milk if it’s spoiled,, maintaining the original implied agreement.

Of course, when contracts get more expensive or complicated than buying milk, the breach of those contracts gets riskier too. Breaking a lease, resigning as an employee when you’re contracted to work, or violating an NDA are all reasons why you could be sued – or fined at the very least.

An implied in fact contract is an unspoken contract based on previous behavior. For example, if you hire a contractor at $30 an hour, he can reasonably expect to be paid at that rate every time he works for you.

If, one day, you ask him to do a job and only pay him $25 an hour without mutual agreement, he can reasonably assume that there is an implied in-fact contract that entitles him to be paid at the usual rate, and sue you for the difference.

Implied in law contracts are contracts that are based on external laws governing the parties to the contract. If there is a law stating that hourly employees must be paid overtime for work over 40 hours a week, the employer must pay an overtime rate.

This contract is implied in the law, and the employer could be held in breach of the implied contract, even if the employee asks to exchange overtime for additional vacation days.

What makes an implied contract different from other types of contracts?

In an implied contract, the contract has to be implied from the behavior of both parties. Was there an equal exchange of value? Was there an intent to cooperate? Did one party unjustly benefit at the expense of the other? For implied in law contracts, you will have to establish the law that both parties were implied to have been under.

With a written or verbal (express) contract, there’s no need to reconstruct the contract like an implied contract. The express contract clearly states the rights and responsibilities of both parties, and both parties formally agree to it.

How to create an express contract from an implied contract

While actions often speak louder than words, words can bring clarity to situations where actions could be misunderstood. If you find yourself wondering about another party’s intentions, it might be time to make your implied contract clearer by converting it into an express contract.

Credit to Kelly Sikkema on Unsplash

Depending on the formality of your contract, you may need additional sections for your contract, such as legal protections for buyer and seller, or a section on the consequences for breach of contract. For most situations, however, the above formula is enough for a basic express contract.

Implied contracts can be convenient in the moment, but when you have a dispute, it’s better to have everything in writing. That’s where contract templates come in: they’re quick, easy to fill, and can fit a range of contract needs.

If you are looking for a contract template to fit your situation, SignHouse has a range of legally-vetted, customizable templates that you can use for your contract needs. And when you’re ready to sign those contracts, SignHouse will help you create a secure, legally enforceable e-signature and get your contract signed quickly by your whole team. You can even send them from your iPhone. Start free today!

Can cheques be digitally signed?

Yes. All you have to do is upload the cheque, select your signature (it's free), and add it to the document.

Definitely, and it's 100% free at freelancer contract:

Yes, at SignHouse, we only work with 100% legally binding signatures for digital contracts.

Agency Contract: Best Practices with Template
How to Create An Online Signature